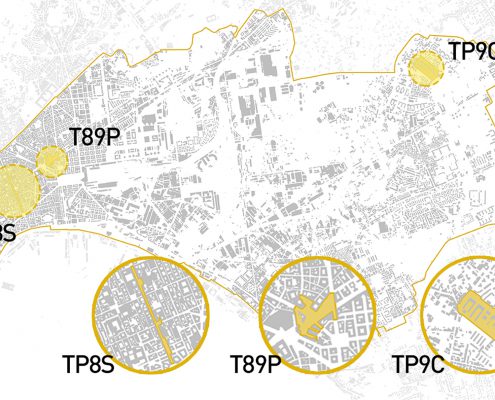 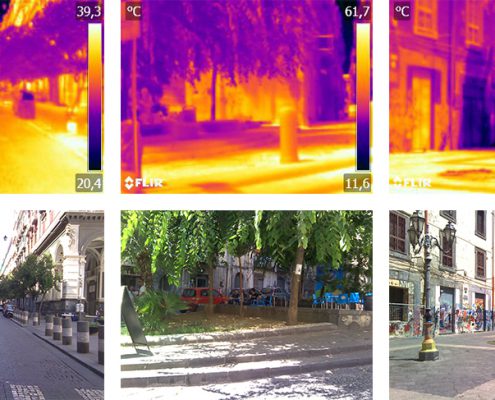 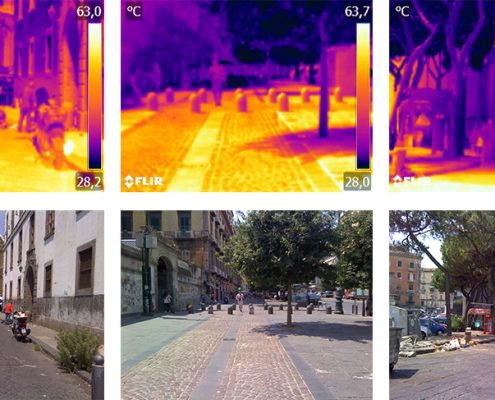 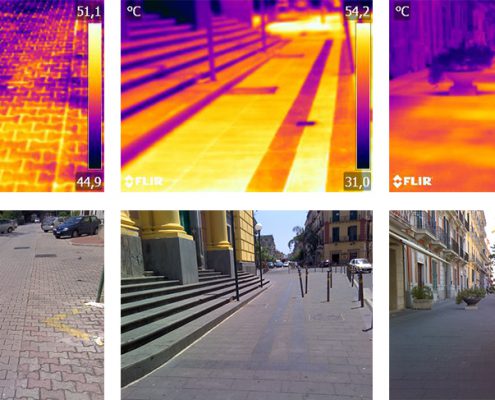 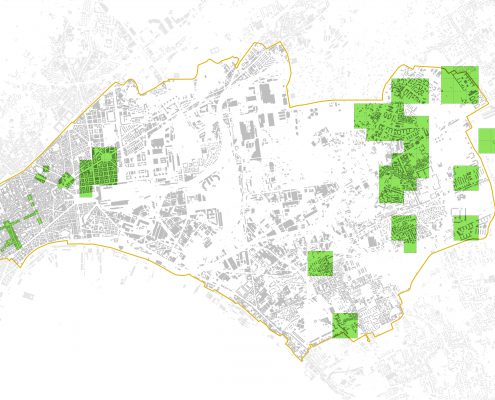 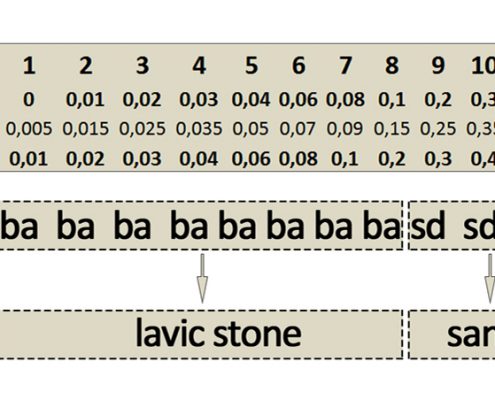 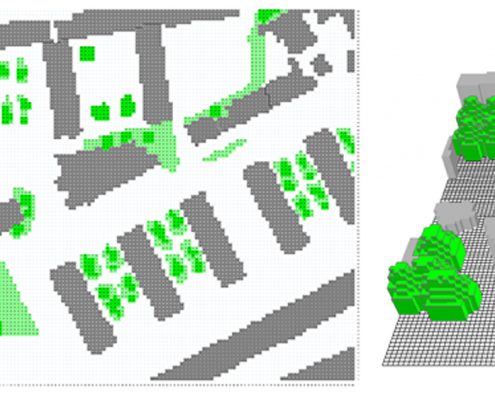 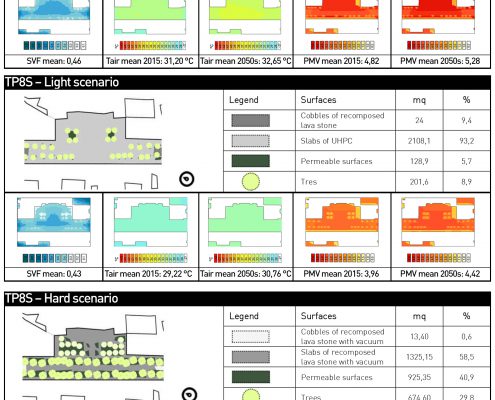 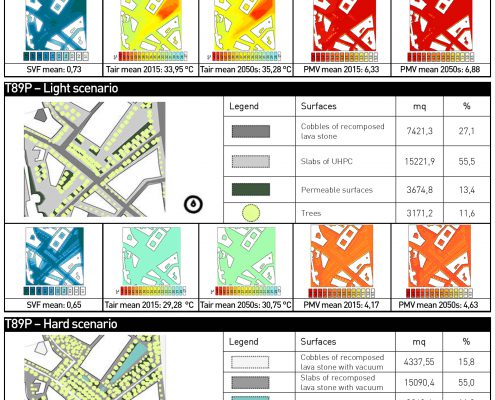 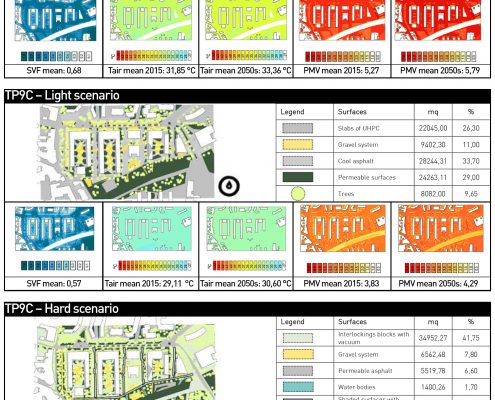 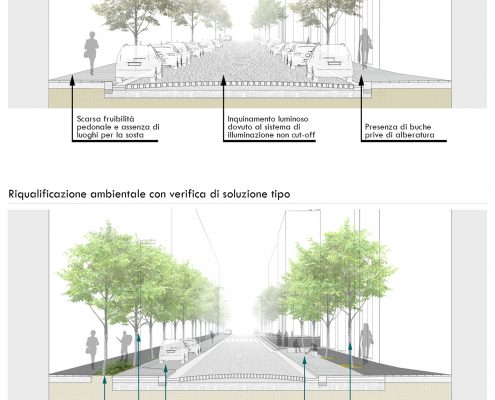 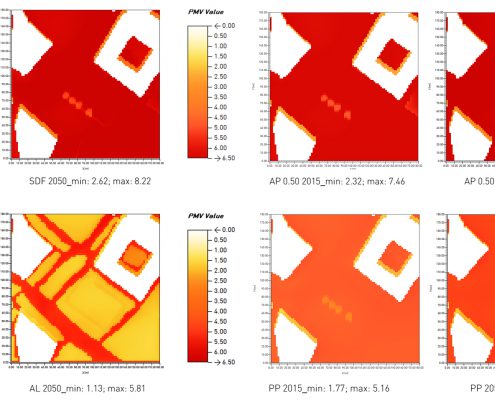 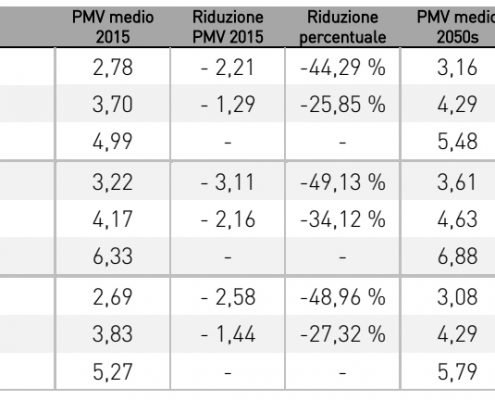 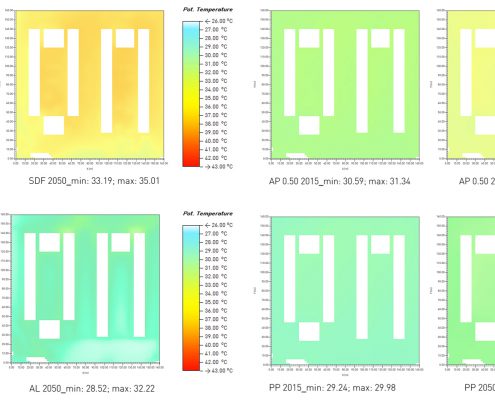 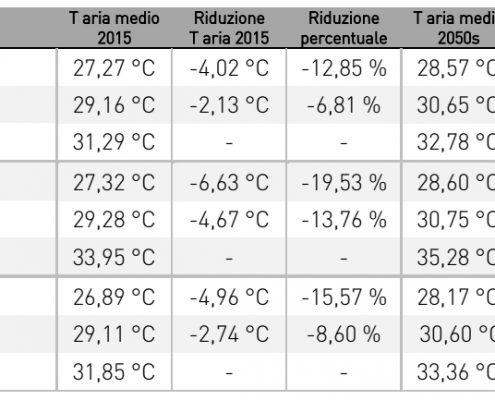 An experimental process to simulate and verify the reducuction of  high temperatures in cities during the summer to mitigate the urban heat effect and to promote adaptation to climate change with the application of climate adaptive strategies and actions, has been developed.

The procedure is based on the use and reading of the results obtained by the Envi-MET software for the simulation of the microclimate and the perception of comfort in outdoor spaces (PMV – Predicted Mean Vote).

This approach has allowed not only to identify what are the most critical aspects of the environment within the scope but to subsequently test, evaluate and validate design solutions that would ensure better levels of adaptability to climatic factors, both under todays conditions, as well as future climatic projections in the 2040-2069 period.

The experimentation has made use of part of the knowledge structure developed in the PONREC project 2007-2013 called Metropolis – MEtodologies and Integrated Technologies and Sostenible for Adaptation and Safety of Urban Systems”, Scientific Director V. D’Ambrosio and studies within the framework of the Convention between the Department of Architecture and the Municipal of Naples entitled “Sustainable Redevelopment of Public Space in the Great Project of the Historic Center of Naples UNESCO Site”, Scientific Director M. Losasso.

The study area, which is identified as the intersection of the perimeter of the research project named Metropolis and the Project of the Great Historic Center of Naples, has been used as a field of experimentation for assessing the environmental behavior of some spots of the city and for defining the performance response that adaptive desing solutions could provide when applied to outdoor spaces with different characteristics and part of different urban patterns of the city.

In order to assess the impact on the improvement of the climate of climate adaptive design solutions and strategies, each area has been subjected to a simulation process using the Envi-MET software, both in today’s and projection mode at the 2050s. By acting on the modification of the software configuration parameters or the modeling of the technological features of the area to be tested, a recursive process of testing and verification of design meta-design adaptive actions was performed. By exploiting the potential of the software, were identified those adaptive design actions to be tested in different quantities based on identified urban pattern and by run simulations on areas considered to be representative of the microclimate behavior of homogeneous urban patterns falling within the area of Est Naples: 1) albedo of the façades of buildings with values ​​of 0.28, 0.40 and 0.50; 2) albedo of the roofs of buildings with values ​​of 0.68 and 0.90; 3) green roofs on buildings; 4) Albedo of external pavements with values ​​of 0.28, 0.40 and 0.50; 5) increase in permeable surface; 6) inserting water bodies into different quantities in different patterns; 7) increase of greening with trees; 8) integration of shading systems.

The tests carried out on the test areas allow to determine to what extent the improvement of microclimatic conditions can be performed in the analyzed areas and which climate-adaptive design solutions are preferable to adopt within the different city patterns in order to define site-specific strategies of adaptation.

From the observation of the data, the best performances have been obtained in all test areas from the integration of trees and the use of permeable pavers which, thanks to the increase in shadow areas and the introduction of evapotranspiration phenomena, allows, in some cases, to drastically improve the perception of thermal comfort (from 30% to 60 % by the integration of trees and from 15% to 30% by the use of permeable pavers); increasing the albedo of pavers is an ineffective strategy when it is not associated with other actions, in some cases it has returned negative results to the perception of comdfort, but at the same time has result effective for reducing temperatures.

The use of water bodies, although in limited quantities (between 10% and 15% of the total area of ​​the test areas), can ensure a good improvement in comfort conditions; within very large spaces, the integration of larger quantities of water can guarantee a lower temperature drop.

The insertion of temporary shading structures, such as tensile structures, kiosks and curtains along the walls of buildings or fixed elements such as pergolas, have a positive effect by reducing the portion of irradiated surface, increasing the shadow areas by creating areas where lower temperatures have a direct influence on perceived thermal comfort.

Interventions on building roofs, such as the use of cool materials or green roofs, provide a poor benefit to open spaces; in this category of solutions, the use of materials with albedo values near 1 are more effective.

However, a negative response, has emerged from the application of solutions aimed at increasing albedo values ​​for building facades, in fact with higher reflection value, greater is the sensation of perceived discomfort, as well as a consequent increase in air temperatures; this phenomenon can be explained by the fact that when increasing the refletance capacity of the vertical elements, numerous reflection phenomena were created that trap the thermal radiation between the buildings and the roads, by increasing the amount of thermal energy absorbed by the open space materials, then returns to the environment in the form of radiant temperature.